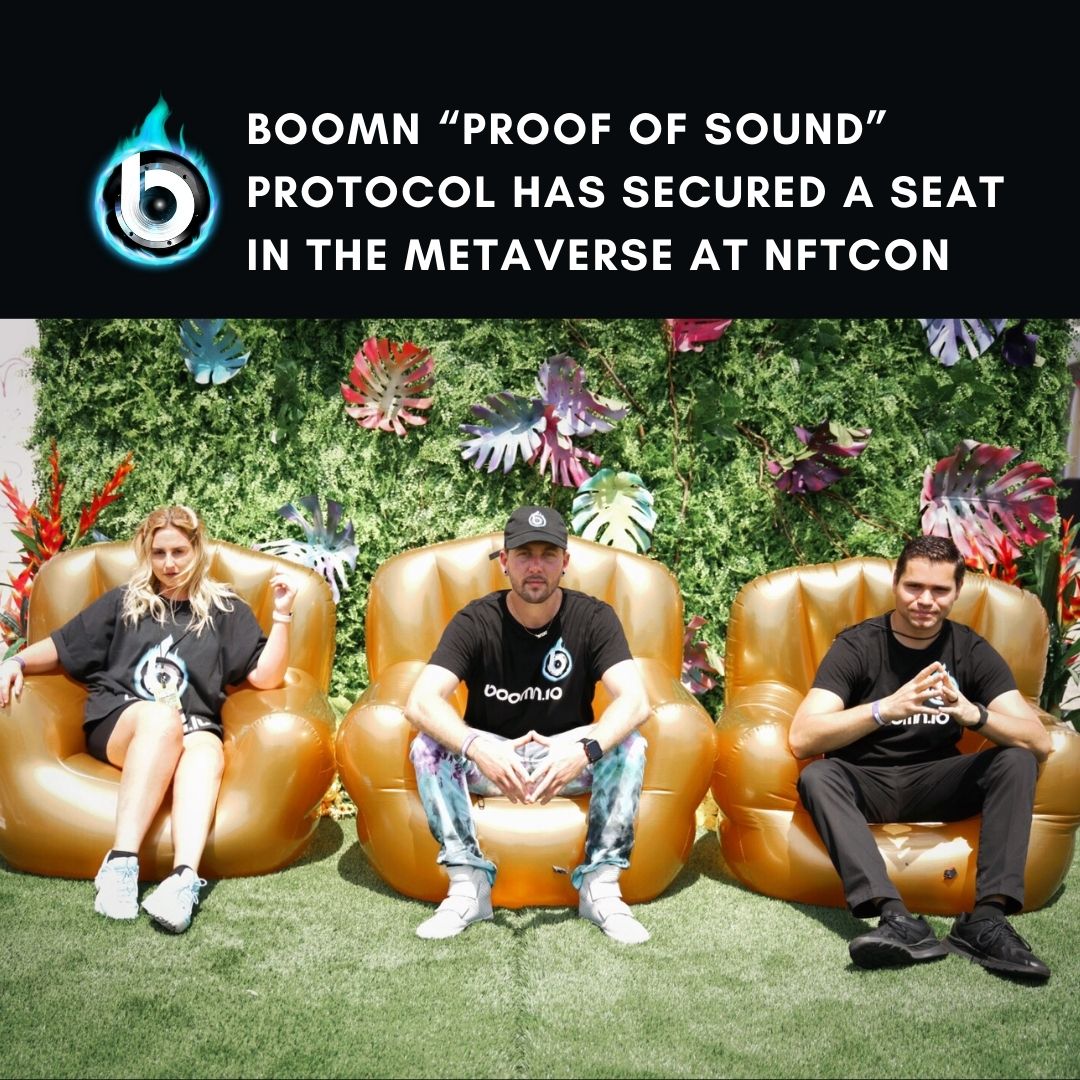 NFTCON proved the culture is changing phenomenally for the music, art, and fashion industries. And the future is magical.

Mayor Suarez hosted the top NFT experts in Miami, the Crypto Capital of the world. The event was classy with an intimate artist ambiance – from fashion to super world to web3 to real estate to gaming.

BOOMN CEO and Founder Daniel ‘Draydel’ Sado and COO Jillee Parker took the stage to discuss the deep problems within the music industry that have a traumatic impact on artists and their careers.

The music industry is a complicated and convoluted one, but with blockchain technology, there’s hope we can streamline the system and make it fairer for artists.

The soon-to-be launched BOOMN protocol resolves some of these issues by protecting artists as a whole, giving them credible income, and a future.

The BOOMN blockchain technology helps resolve a centralized database for artists, diminishes the need for agents, promoters, and other specialists geared to take a piece of the pie, helps artists get paid fairly, resolves copyright issues, and is a huge asset in monetizing the fan base.

For example, recently at Miami NFT Week, Sado shared the example of a musician who has an audience of 20,000 who open the BOOMN app for a chance for backstage tickets given to one lucky winner. 20,000 fans all verifying at the same time and only 1 person will get the mint. But on the backend, the creator just collected all 20,000 wallet addresses that they can re-market to at a later day with an airdrop.

“BOOMN reinvents Adsense metrics for artists through information received through verifications and mints,” he said.

He explained that what was previously called “Pay Per Click” or “Pay Per Impression” on Web2 social media has now transitioned to “Pay Per Mint” and “Pay Per Verification” on Web3.

One thing for sure: the transparency, security, and trust that ths BOOMN blockchain provides will help disrupt the issues that plague the music industry today.

How DAOs will replace Record Labels

Diversity in Tech Startups Increases Investment Return; Why BOOMN is the newest NFT-based company to watch